Messages of those who have been turned in.
Post Reply
40 posts

Was just talking about this very subject this afternoon.

Seems everyone is claiming Mental Health Problems these days. Particularly should one get caught committing a crime, behaving badly, or generally gets in the shit.

Why is Everyone So Depressed These Days?

Dutton has a degree in Theology from Durham University and a PhD in Religious Studies from the University of Aberdeen. He has been editor of Mankind Quarterly since 2019.

just get past the short into. The stats relating to depression in the UK and Western Europe that he quotes would probably pretty much mirror those of Australia's, if indeed Australia wasn't leading, given that it is being used by one and all today as a get of of jail free card.

This is quite excellent. His reasons are many and vast. Whether or not you agree with one, or all, this will make you think at least. 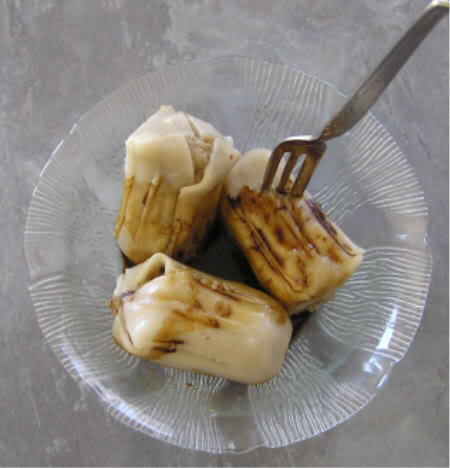 On my recent lengthy visit home to Melbourne, I was thinking of Dim Sims, juicy pieces of 'flake' (that's shark fillets, for all the Sydney Savages'), Corned Dog, a good meat pie, bangers, and a other things, not necessarily food related. But then not long after my arrival I wondered why I had at got so excited in expectation of these 'treats' which were awaiting me in abundance.

So I came across this just recently which helps explain the benefit of living abroad in Asia where these life's small pleasures are part of daily life.

Why Small Pleasures Are a Big Deal?

Knowing how to derive satisfaction from small pleasures is key to a good life. Here is a short guide

Can agree with that. Could never understand why a 'special' brand was worth paying much more just to be able to gloat about it.
Worked out also many, many years ago to be sure to have some happiness each and every day ... and yes ... I have and am having a very happy life. ENJOY!!
Top

Do I suspect your new 'community is doing you good Joe?

The importance of community,

Very recently, in the news, it has been recognised, and acknowledged, from a professional Medical opinion, that 'Burn Out' is real and exists. I won't go into the boring details but this is where I found myself after leaving Pussers for the 2nd time in the middle of 2003. I had been on the go since 1969! I was just wearing too many hats.

So, by early 2004 I decided I needed to take a break from everything and I headed off to Thailand, for what I told my family was a much needed 6 months break. My wife said where are you going to live and what are you going to do? You will be bored shitless and back home in a few months. I told her I was going to live with her mother, who by now was living alone in the family home in Suburban Bangkok, and I was just going there to relax and I would just kick back and 'suck it and see?'

As it turned out I didn't get back for a few years.


Suburban Bangkok, in most cases, is not the same as the suburbs in our major capital cities. Many areas, like where I live adhere to the 'village' style of living. Called Moo Baans.

A moo baan is a 'gated', self contained, housing community. A modern style of the traditional 'village' community They vary in size, style and number of dwellings. Mine is about 35 years old now and fairly average in size with a few hundred 'townhouses'. Many businesses operate from peoples family homes, including many 'cottage industries servicing the residents the Moo Baan . E.G. Eateries, Mum and Pop Shops (milk bars), Hairdressers, Laundry Services, Tailoring, and a plethora of others.

In my Moo Baan my neighbours are very friendly, and more than a little inquisitive.

Thai neighbours in a moo baan are much more involved in ones life than suburban neighbours would be in Aust today.

They’ll always want to know what you’re doing or where you’re going, did you eat rice today etc. Or they may just want to know how to say something in English.

Thai neighbours are often very helpful, they’ll be happy to keep an eye on your house while you’re away and, god forbid if you ever have a catastrophe, half the neighbourhood will want to help.

By their very nature most moo baans are very safe. We did have a rare spate of break ins and robberies here about 10 years ago. One of my close neighbours, who has a close relationship, and mates in the Police (RTP), is a gun enthusiast and owner, and he was just itching to catch them, where I had no doubt whatsoever he would have shot them dead!

My Mother In Law is an 'original' resident from when this Moo Baan was first built and is an 'elder'. So I did have a bit of a head start. She was the one who actually found me a place to rent, in the same Soi, and negotiated the price for me.

I found that it very much reminded me of my childhood and growing up in what was still pretty much a 'county town' outside Melbourne. The strong "Community' aspect I found very alluring.

I grew to really like it. I cannot walk out of my house to the main road (a distance of150 metres or so) without frequently stopping to talk to my many neighbours along the way and it is always done with smiles and politeness. The Children are also polite, and will 'Wai' to me, and say, Hello!

Basically, it reminds me of when I was a young kid. And in many ways when things were a lot better in our society.

Yeah ... strange old words decency and respect come to mind. It is good to be out of the large city and experience the country feel once again. You don't seem to realize how crook living in Sydney is until you leave for a year or two and then go back - then it hits you invthe face.
Have to go back up in a few weeks for medical reasons ..... and to pick up an 8 week old pup. Can't wait to get the pup. She is a Shiht Tzu Poodle cross. Gunna call her 'Luna Lou' ..... great for mental health.
Top

Love those extra little letters that slip in. Better trim my big fat right index finger and get some new specs!
Thanks demo (still lol'ing)
Top

We also have a Shit Tzu who is going on 8 months old, very affectionate. Yet very protective.
Top

Dogs are one of the best friends you can have. Really great to calm you down.
Top